Haven’t You Heard? Consistently Skipping Breakfast is a Bad Idea

So, you think skipping breakfast is a great way to shed a couple of pounds? While you might lose weight, you may also be harming your body. There have been a slew of studies over the years that have found that skipping breakfast can put you at risk of a number of health issues, including an increased chance of middle-aged men developing heart disease.

Dubbed the “most important meal of the day” by most nutritionists and scientists alike, the American Heart Association, in a 2013 study published in its journal Circulation, that “men who skip breakfast are more likely to have a heart attack,” although that has been disputed by some proponents of fasting.

Nevertheless, scientists have long believed that “eating breakfast consistently pays off through nutritional and mental health benefits, both in children and adults.” According to Lisa Mosokovitz, a registered dietitian and owner of Your New York Dietitians, “Breakfast happens to be the easiest time to get in heart-healthy fiber from whole grain cereal and oats, which can help lower blood pressure and cholesterol.”

But, there are a number of other health reasons to think about before you start passing on breakfast. Below are just a few: 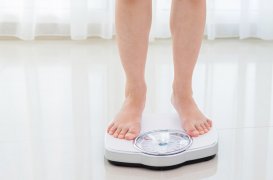 It could actually make you gain weight

You could be getting the reverse effect of what you’re trying to accomplish – to lose a few pounds. In fact, according to a 2003 study published in the Journal of Epidemiology, those who skip breakfast on a regular basis have a higher risk of obesity later in life. By eating earlier in the day, you reduce the odds of overeating later on. In addition, eating breakfast “suppresses the concentration of insulin, a hormone in our body that encourages fat cells to take up fatty acids and store them”. 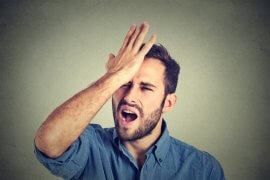 It can affect your memory

Being forgetful and skipping breakfast may be related. The journal Psychology and Behavior published a study in 2005 that found a correlation between the two. Elementary school children who ate oatmeal for breakfast had better short-term memory and retention than students who normally missed breakfast. 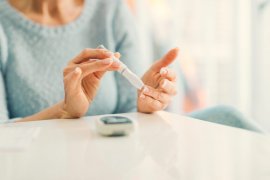 It may increase the risk of Type 2 Diabetes

According to a six-year study published in the American Journal of Clinical Nutrition, women who didn’t eat breakfast on a regular basis faced a higher risk of developing Type 2 Diabetes than women who ate breakfast daily. 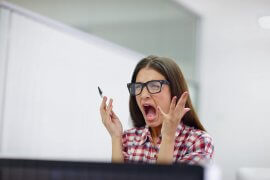 It can make you cranky or mean

No one wants to be accused of being cranky or mean before their morning cup of coffee, but skipping breakfast may be doing the same thing to you without you realizing it. Just like a shot of caffeine can jump-start your morning, eating foods containing vitamins, minerals and other nutrients obtained from a healthy breakfast can keep you going.

When people are hungry, they often tend to be cranky and feel tired until they get something to eat. According to a 1999 study published in the journal Psychology and Behavior, adults who regularly started off with a nutritional breakfast had a “greater positive mood” throughout the day than those who began their daily routine on an empty stomach. 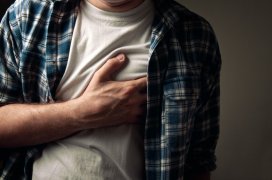 Other factors at play in coronary heart disease

Of course, a number of other factors can contribute to coronary heart disease, such as smoking, excessive use of alcohol, obesity, and overall quality of diet – but, if there’s even the slightest risk that missing breakfast can also be a contributing factor, wouldn’t you rather err on the side of caution?

Use your health insurance wisely by scheduling regular doctor visits to check your blood pressure, heart rate, and cholesterol levels. Sometimes peace of mind is just a matter of following a healthy diet and the advice of your healthcare professional.

Four Home Projects Homeowners can Tackle on Their Own

What’s the best health plan for you? HMO, PPO, EPO or POS?