No one is expecting coffee drinkers to give up their morning brew for a cup of tea simply because it can lower the risk of a heart attack. At least, you wouldn’t think so.

But, according to a recent study, regular tea drinkers had fewer heart attacks, less calcium buildup in their arteries, and may, in effect, be soothing their heart. And, that could get those of you who begin your day with a mug of Joe to consider adding an occasional cup of the other “hot drink” to your daily intake.

Research suggests that drinking as little as a cup of tea a day may be beneficial for your heart health. The study goes on to show that people who consumed one daily cup of tea had a 35 percent lower chance of suffering a heart attack or other catastrophic cardiovascular incident than those who drank no tea at all. 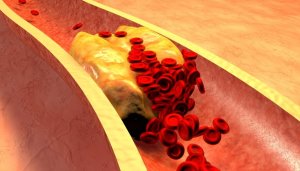 Additionally, regular tea drinkers were found to be less likely to have excessive calcium buildup in their heart’s coronary arteries. Researchers have long considered calcium deposits to be linked to serious cardiovascular conditions – from heart disease to stroke.

Dr. Elliott Miller, an internal medicine physician and instructor of medicine at Johns Hopkins Hospital in Baltimore, says: “We found that moderate tea drinkers had a decreased progression of coronary artery calcium and a decreased incidence of cardiovascular events.” However, Miller was also quick to point out that the study was an “observational” one and “we can’t say for sure it was the tea or just the healthier lifestyle of the tea drinkers.” 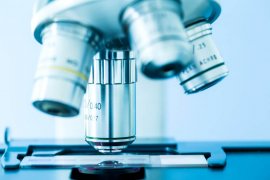 The study conducted by Miller and his team began in 2000 and reviewed data they gathered from more than 6,000 men and women enrolled in the ongoing research. All volunteers showed no signs of heart disease at the outset, according to Miller.

Investigators reportedly measured the calcium deposits in the blood vessels of the test subjects by comparing earlier CT scans to later ones over a five year period. They also kept records of who suffered a heart attack, stroke, chest pain, or passed away as a result of another form of cardiovascular disease over the course of 11 years. 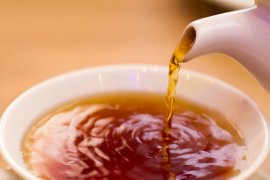 Which is best – black or green tea?

Furthermore, tea drinkers who drank from one to three cups on a daily basis also showed a decline in the calcium buildup in their arteries.

What makes tea good for you?

Although Miller can’t say specifically why drinking tea may be good for you, some experts believe it may have something to do with the possible protective nature of tea from plant chemicals known as flavonoids found in the leaves. Maybe it can be attributed to the fact that tea drinkers are generally healthier. They tend to take their time sipping rather than gulping down a cup of coffee and are also less likely to smoke. All of which can help keep your health insurance rates lower.

While it may still be premature to push tea and heart health based entirely on Miller’s study, it’s not too early to grab a cup of black, breakfast, or green tea instead of your regular cup of coffee to see what happens. If preliminary research shows it can be good for you, why not give it a try?