Electric Cars – Is There a Danger in Being Too Quiet?

One of the great advantages of electric cars, aside from the savings their owners enjoy over the rest of us who have to pay for gasoline at any price, is how quiet they are, both inside and out. And, while that’s a good thing – it’s also a bad thing. 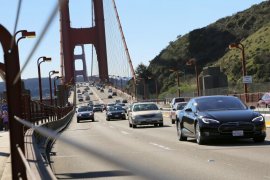 Hard to hear at low speeds

The lack of an internal combustion engine makes an electric or hybrid vehicle hard to hear at low speeds on the street, in parking lots or simply backing out of a tight spot in front of your local Starbucks. The lack of noise has become a danger for pedestrians who are doing nothing more than walking close to the quiet vehicles. Because most of us are so used to that familiar engine sound, we don’t give much thought to the possibility the driver of that white Prius is pulling out – without looking first.

According to experts, this is jeopardizing our safety, not to mention the safety of blind and visually impaired pedestrians, bicyclists, runners, small children, the elderly, and anyone else on foot, including those who put more emphasis on texting and talking on a cellphone than their own well-being.

A National Highway Traffic Safety Administration (NHTSA) study conducted in 2011 found that pedestrian crashes were 35 percent higher with hybrid and electric vehicles versus combustion-engine cars. In addition, the Highway Loss Data Institute concluded after studying pedestrian/vehicle crashes over a seven-year span that hybrids are up to 20 percent more likely to be involved in injuring pedestrians than other cars.

This information is shared with car insurance companies and could affect your rates in the long run as insurers consider many factors when setting rates on drivers and their vehicles. 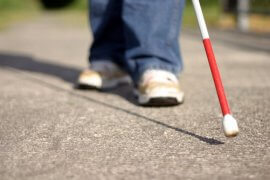 Concern for the blind and visually impaired

Concern for the safety of the blind and visually impaired dates all the way back to 2003, when Deborah Kent Stein of the National Federation of the Blind first realized her friend’s new Prius didn’t make any sound at all. That led to the NHTSA convening a 2008 conference with representatives from the blind and visually impaired communities as well as car manufacturers, policymakers and various public interest groups. 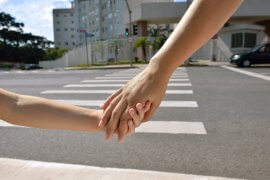 This was followed by the aforementioned studies, which proved the safety risks “quiet” hybrid and fully-electric vehicles posed to pedestrians, whether visually impaired or otherwise. As a result of the 2008 conference and numerous critical articles highlighting the potential dangers appearing in newspapers such as The Wall Street Journal, Congress passed what became known as the Pedestrian Safety Enhancement Act (PSEA) of 2010.

Enacted into law in 2011, the statute dictates that the Department of Transportation is to create safety standards for car manufacturers to devise a sound that alerts pedestrians to the presence of an electric vehicle moving at speeds less than about 18 mph. More specifically – per the PSEA and NHTSA – auto manufacturers must add a “recognizable” sound similar to a motor vehicle in operation. 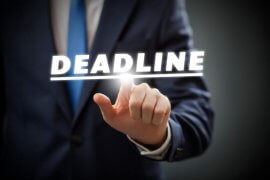 Delay and extension of deadline

However, as is often the case, auto makers claimed they needed more time to meet the PSEA’s required changes. As a result, the NHTSA decided to extend the initial deadline to accommodate the Association of Global Automakers and the Alliance of Automobile Manufacturers until September 2018.

In fairness, some vehicles do come equipped with pedestrian safety systems. Toyota and Lexus hybrid vehicles have what the manufacturer calls a Vehicle Proximity Notification System. Meanwhile, the top-selling electric car, the Nissan Leaf, has the Vehicle Sound for Pedestrians, which is an alert noise – as does the plug-in hybrid Chevrolet Volt, but the Volt driver has the option to de-activate it, if he wishes to. And, Ford has yet to come up with an appropriate warning.

Until regulators force automakers to install a uniform safety system to alert us of a moving or backing electric vehicle in close proximity, use extra caution to avoid an unexpected and potentially dangerous encounter with a car that’s too quiet to hear.

And, if you own an electric vehicle, your low auto insurance rates as well as the public’s safety could be at risk.