Taking Selfies While Driving Could Have Serious Consequences

It seems everyone is looking to keep up with the Kardasians by becoming part of the selfie culture, in some cases with serious consequences. Of course there’s absolutely nothing wrong with saying “cheese” when taking a picture of yourself at the gym or out with your friends. But, snapping a selfie while sitting behind the wheel of a 4,000 pound vehicle and barreling down the highway at 75 mph with a carload of friends adds a whole new dimension to picture taking – not to mention risk taking.

You can do so many things on a cellphone these days – from using it as a calling and texting device to a GPS, camera, and game playing device. All great functions – just not when you’re driving. 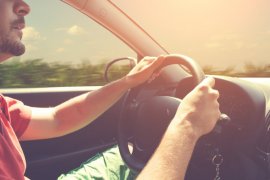 For those who may have forgotten, driving is serious business and shouldn’t be taken lightly. Driving while distracted by your cellphone can result in serious injury – or worse – to yourself, your passengers, as well as other drivers and pedestrians.

Case in point – a 29-year-old driver in Maine thought taking a selfie with his friends while driving was a great idea until he crashed his car into a tree, seriously injuring several of them. The police issued a distracted driving summons, which was reported to his auto insurance company.

The ramifications of totaling your vehicle, injuring your passengers or innocent bystanders while taking a selfie of yourself won’t sit well with your insurance carrier any more than texting or calling your girlfriend and getting into a wreck will. In fact, you can expect to be rewarded with car insurance rates that are almost guaranteed to take your breath away. And, that’s if they decide not to drop you.

But, it doesn’t stop there. Should someone suffer major injuries or is killed stemming from selfie-snapping and not focusing on driving, you could be sued or face criminal charges. 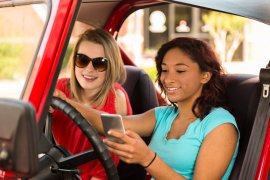 The Trend is Growing Rapidly

Statistics speak for themselves, proving the trend of selfie-taking while driving is growing without much thought to the consequences. The 22,067 Instagram posts under #drivingselfie as of late September 2015 were nearly six times more than the number reported on the hashtag by CNN two years ago. And, it’s not about to slow down any time soon – regardless of what may happen to those taking part.

Although younger drivers, ages 16 to 22, have long been considered the main culprits of distracted driving accidents due to their cellphone use, inexperience, and lack of skill in operating a motor vehicle, the problem is becoming universal. 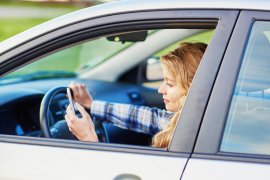 You can’t do both at the same time

According to Kara Macek, spokeswoman for the Governors Highway Safety Administration, a nonprofit group representing state highway offices that implement programs dealing with behavioral highway safety issues, there is no way to safely operate a vehicle and take a selfie at the same time.

Furthermore, Peter Crosa, president-elect of the National Association of Independent Insurance Adjusters, explains that drivers caught taking selfies – or using their phones for any other reason – while driving and causing a serious crash could find themselves in a lot of trouble.

In terms of accident liability, although most at-fault drivers are less than truthful about their cellphone use at the time of the crash, Crosa says, if the accident involves critical injuries or a fatality, records can be subpoenaed, often proving the driver was on the phone. 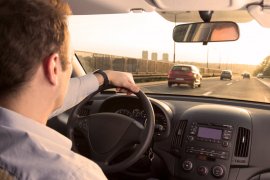 Be part of the solution – not the problem

While you may not be able to stop other drivers from calling, texting or taking selfies with their cellphones, you can do your part by refraining from distracted driving and keeping your eyes on the road. It’s the smart and safe thing to do.