Unless you’ve been hiding out on the dark side of the moon over the past decade, you know a self-driving car revolution may be on the horizon. And, while potholes and crumbling roads are a pain for us to drive on, America’s decaying infrastructure is causing major headaches for auto makers developing the semi-autonomous technology of self-driving cars. 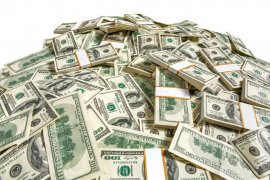 Hundreds of millions of dollars invested

Auto makers such as Tesla, Volvo, and Mercedes, as well as tech giant Google, have invested hundreds of millions of dollars to advance the probability of self-driving cars becoming a viable mode of transportation in the near future. Unfortunately, developing vehicles that can drive on highways, change lanes, and park themselves without the need for a human behind the wheel is proving more difficult than expected in some areas.

Nation’s roads are in poor condition

According to the U.S. Department of Transportation, it is estimated that 65 percent of the nation’s roads are in poor condition and in various stages of disrepair. In fact, the U.S. transportation infrastructure system was rated 12th in the World Economic Forum’s 2014-2015 global competitiveness report. Although foreign auto makers have found testing easier and more consistent in their own countries, they have found road conditions and lack of standardization a challenge in the U.S.

For example, compared to other developed countries, there is a lack of uniformity across the U.S. in how road markings and traffic lights are configured. Traffic lights can be aligned in several ways – vertically, horizontally or in two columns. Meanwhile, lane and pavement markings may be painted in different degrees of reflectivity or be completely non-existent in some places. This translates into auto makers being forced to design and incorporate more sophisticated sensors and maps to compensate, making vehicles to be driven on U.S. roads more expensive. 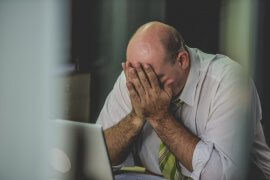 The frustration of some of the auto makers was evident during a press event at the Los Angeles Auto Show. Volvo’s North American CEO, Lex Kerssemakers, expressed his anger to Mayor Eric Garcetti, who was behind the wheel of the company’s semi-autonomous prototype as it sporadically refused to drive itself.

Without mincing his words, Kerssemakers griped that the prototype couldn’t find the lane markings and suggested to Garcetti, “You need to paint the bloody roads here!”

In addition, Tesla CEO Elon Musk spoke of his own frustration, calling the issue of faded lane markings “crazy,” and similarly blamed them for confusing his company’s semi-autonomous cars. Backing Musk’s assertion is Christoph Mertz, a research scientist at Carnegie Mellon University, who claims, “If the lane fades, all hell breaks loose”. This means self-driving cars will have to rely on a variety of safeguards to function properly and without incident to override whatever weird circumstance arises.

But, poor markings, crumbling streets, and uneven signage are not isolated to Los Angeles. The reality is – there are 3 million miles of paved roads in the United States suffering from the same fate. 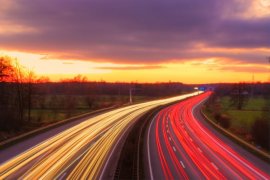 Mercedes has already tackled the lane markings and other roadway inconsistencies with a “drive pilot” system, which can be found in its recently unveiled luxury E Class 2017 sedans. The system, according to engineers, works even with no lane markings by incorporating 23 sensors that take into account guard rails, barriers, and other cars to keep the vehicles in their lanes at up to 84 miles per hour, under “suitable circumstances.”

Furthermore, a number of companies around the world are working on refining radar and LIDAR, an acronym of Light Detection and Ranging. Currently, lidar is a bulky and costly surveying tool that measures distance by illuminating a target with a laser light similar to the $75,000 version that was first seen on the roof of Google’s self-driving car. 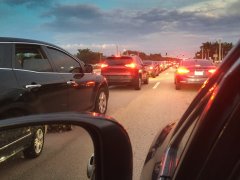 Without improvements U.S. will fall behind

Without a serious effort to improve America’s infrastructure of roads and highways, the U.S. will fall behind as the influx of self-driving cars may be delayed or restricted to specific geographic areas only. Meanwhile, the technology will flourish and become a mainstay throughout Europe, but auto insurance companies here may be reluctant to take the risk of providing coverage for a vehicle that loses its way when markings are not visible.